We are pleased to introduce David Rodriguez MA, Emily Jenkins MA and Diane Hebert MD who will be presenting: ‘The role of dance in cancer care’. This is presented in collaboration between the IADMS Dance for Health and Medical Committees as part of our Special Interest Groups (SIG) programming.

An introduction to the role of dance in cancer care. Led by Dr Diane Hebert (Chief of Medical Oncology in Nyon Hospital), Emily Jenkins (Founder of Move Dance Feel) and David Rodriguez (Project Manager of Ligue vaudoise contre le cancer), this interactive session will offer a cross-disciplinary discussion on how dance can improve the physical, mental, emotional, and social wellbeing of cancer patients and survivors. It will provide an insight into the practice and outcomes of two dance and cancer programmes (UK and CH), and exemplify in what ways dance addresses the challenges associated with cancer and the adverse side effects of treatment.

Full bios for all speakers can be found below. 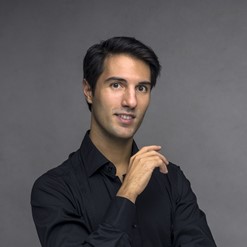 David Rodriguez has been since 2016 the artistic director of the international dance & health festival Girona en Moviment, jointly organised with the Fundació Oncolliga Girona in Catalonia, where he was born. He currently resides in Lausanne, Switzerland, where he works since 2018 for the Vaud Cancer League as a project manager, establishing links between cultural and health sectors and contributing to the oncological rehabilitation programs with a dance approach. His published research on the arts and physical education can be found in academic journals including Sustainability, Education Sciences, Apunts, Graó and Educatio Siglo. David has a master’s degree in Cultural Management from the Open University of Catalonia (UOC) specialising in international cultural cooperation. He has also studied International Relations in various European institutions such as the Graduate Institute of International and Development Studies (Geneva), the Geneva School of Diplomacy (Geneva) and the Institute for Cultural Diplomacy (Berlin).

Currently a PhD candidate at the Center for the Study of Culture, Politics and Society at the University of Barcelona (UB), he is often a guest speaker at university seminars and conferences on new forms of cultural diplomacy. He is a member of the International Dance Council, having been a professional dancer for ten years (2008 – 2018) in companies such as the Béjart Ballet Lausanne, the Tiroler Landestheater and Gauthier Dance//Theaterhaus Stuttgart, performing in theatres such as the Mariinsky in St. Petersburg and the New York City Center. Today he is often an invited choreographer for dance companies in Switzerland, Catalonia, and Germany. David is also a pianist graduated from the Isaac Albéniz Conservatory and, as president of the Culture in Movement association since 2017, he is dedicated to interdisciplinary projects that understand the transformative power of culture as a key tool for social and economic development. His continued executive education in management, business, and leadership was with Prof. Alison Meister at the International Institute for Management Development (IMD) in Lausanne, Switzerland. 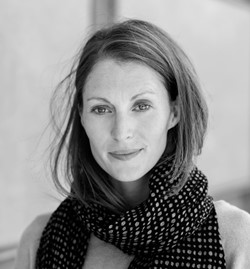 Emily Jenkins has worked within participatory dance for over a decade, for flagship organisations such as Trinity Laban and English National Ballet. In that time she has created and facilitated many original opportunities for dance engagement. Interested in women's health, Emily chose to specialise in the field of Dance and Health. In 2016 she founded Move Dance Feel - the UKs first company offering dance to women affected by cancer. With a detailed understanding of the impact of cancer, Emily has documented a pioneering methodology specific to leading dance in the context of cancer diagnosis, recovery and survivorship.

Emily also serves as a Dance for Health committee member for the International Association for Dance Medicine and Science, and was chosen as a Winston Churchill Fellow in 2020. Last year she was selected winner of a National Lottery Art, Culture and Film Award, and was named by Positive News magazine as one of '10 ordinary people who made 2021 extraordinary’. 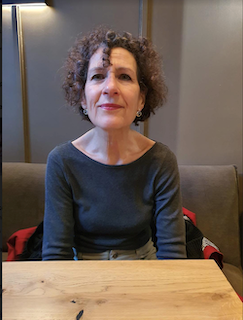 Dr Diane Hebert graduated from Geneva University Medical School in 1985, obtaining a doctorate in 1987. After one year of postgraduate training in Anatomical Pathology in Geneva, she flew to the USA to further explore that field from 1986-1988 in the University of Massachusetts Medical Center. Patient care calling her, she went on to work in Internal Medicine, in Worcester Memorial Hospital (Worcester, Ma) until 1991.

During that time, she encountered several inspiring Medical Oncologists, that would shape her future career. In 1991, she returned to Switzerland, for the first five years in Neuchâtel, working as an attending physician in Internal Medicine for three and a half years, then on to Haematology and Oncology for the next year and a half.

She eventually returned to Geneva, in Medical Oncology, at the Geneva University Hospital (HUG) from 1996 to 2003, obtaining thus the Specialty. Since 2003, she works as Chief of Medical Oncology in the GHOL : groupement Hospitalier de l’Ouest Lémanique in Nyon Hospital, with a growing team of doctors and nurses. Since 2021, a program of readaptation for cancer patients has started, with the Ligue Vaudoise contre le Cancer, introducing dance for the recovery of cancer patients.